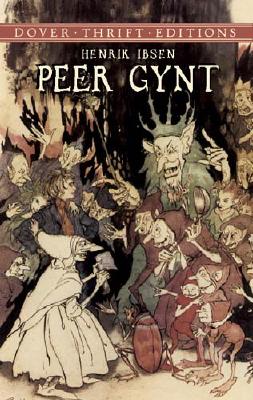 Among the masterpieces of world literature, this early verse drama by the celebrated Norwegian playwright humorously yet profoundly explores the virtues, vices, and follies common to all humanity -- as represented in the person of Peer Gynt, a charming but irresponsible young peasant. Based on Norwegian folklore and Ibsen's own imaginative inventions, the play relates the roguish life of the world-wandering Peer, who finds wealth and fame -- but never happiness -- although he is redeemed by love in the end.
As the play opens the young farmer attends a wedding and meets Solveig, the woman who is eventually to be his salvation. However, the rascally Peer then kidnaps the bride and later abandons her in the wilderness. This dismal performance is followed by a string of adventures (many of which do not reflect well on Peer) in many lands. After these soul-chilling exploits, an old and embittered Peer returns to Norway, eventually finding solace in the arms of the faithful Solveig.
Like other early Ibsen plays, such as Brand (1865) and Emperor and Galilean (1873), the work is imbued with poetic mysticism and romanticism, and in Peer we find a rebellious central character in search of an ultimate truth that always seems just out of reach. In this sense Peer can be seen as an alter ego of Ibsen himself, whose lifelong search for artistic and moral certainties resulted in the great later plays (Hedda Gabler, The Wild Duck, An Enemy of the People, etc.) upon which his reputation chiefly rests. This rich, poetic version of Peer Gynt is considered the standard translation. 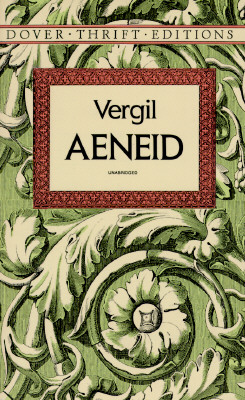 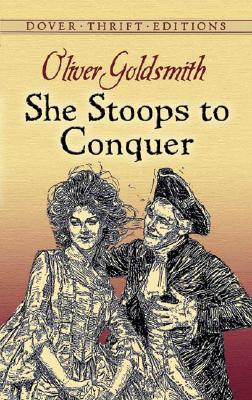