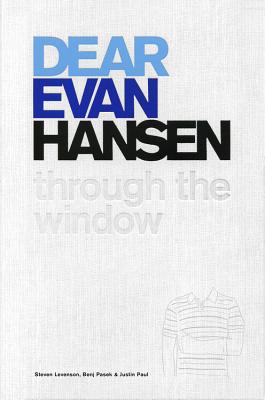 Dear Evan Hansen: Through the Window

The official behind-the-scenes book of the hit musical that won 6 Tony Awards
A letter that was never meant to be seen, a lie that was never meant to be told, a life he never dreamed he could have. Evan Hansen is about to get the one thing he's always wanted: a chance to finally fit in. Both deeply personal and profoundly contemporary, DEAR EVAN HANSEN is a new American musical about life and the way we live it.
The book-produced by Melcher Media, the team behind Hamilton, Wicked, Rent, and many more-tells the story of the musical from its conception nearly a de...
View More...