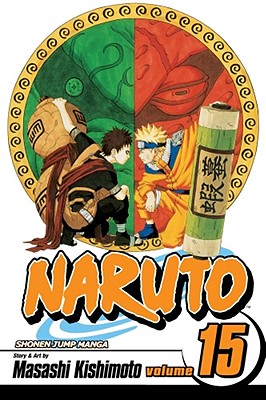 Twelve years ago, a giant fox demon with nine tails attacked the ninjya village of Konohagakure. Defeated by the Hokage, the village champion, the mighty demon's soul was sealed into the body of an innocent orphan child, Naruto Uzumaki. Now Naruto is a 12-year-old ninjya in-training, struggling to be the best with his classmates Sasuke and Sakura.
View More... 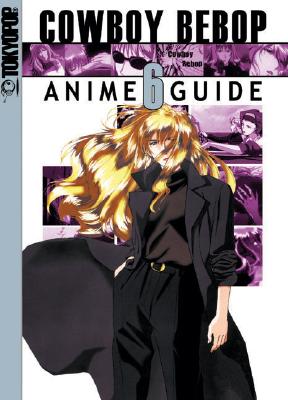 Based on the hit animated series shown on Cartoon Network. Each book contains background information on the story and the characters. The Cowboy Bebop Anime Guides feature never before seen story boards and song listings for each episode. The perfect companion for any anime collector.
View More... 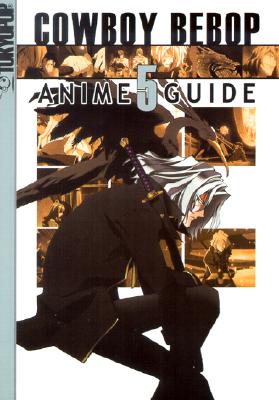 Based on the hit animated series shown on Cartoon Network. Each book contains background information on the story and the characters. The Cowboy Bebop Anime Guides feature never before seen story boards and song listings for each episode. The perfect companion for any anime collector.
View More...

HIS WIFE HELD PRISONER, THE WORLD HELD HOSTAGE A baby's birth should be a time of joy for a young couple. But as Elena s due date approaches, she is taken captive by the Hand of the Morningstar and goes into labor while Michael fights for her rescue. As he attempts to save his wife and coming child, Michael must confront the power that could destroy the world."
View More...

Something Under the Bed Is Drooling: A Calvin and Hobbes Collection 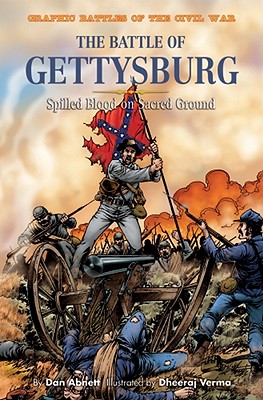 The Battle of Gettysburg: Spilling Blood on Sacred Ground (Graphic Battles of the Civil War) 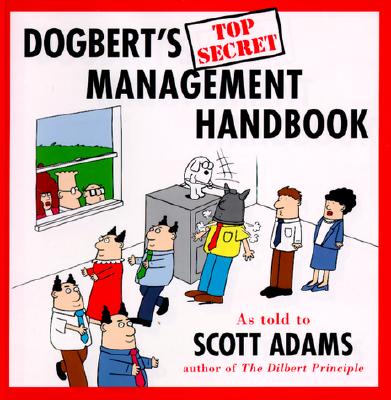 The creator of Dilbert, the fastest-growing comic strip in America (syndicated in more than 900 newspapers and read by more than 60 million people), presents a hilariously biting compilation of cartoons that expose the absurdities of corporate management. Dilbert is sweeping the nation. The San Francisco Chronicle dubbed him "the cartoon hero of the workplace," saying that the strip "has its finger on the pulse of the '90s white-collar workplace." Now online, it is one of the hottest Web sites on the Internet, and more than a million copies of the Dilbert   carto...
View More... 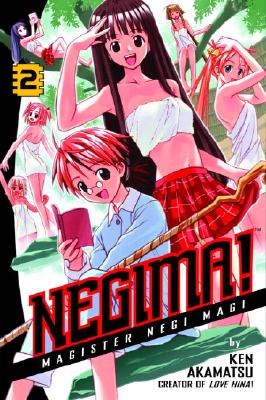 KNOWLEDGE CAN BE DANGEROUS
For ten-year-old teacher Negi Springfield and his all-girl class, it's time for final exams If his students manage "not" to end up with the lowest scores in school, the principal has promised to make Negi an "official" teacher. To prepare for the tests, the class takes a trip to the school's Library Island. But this is no quiet place of study . . . stone golems, traps, and secret passageways are the norm throughout the enormous library building. With all of these distractions, can Negi's class hope to climb out of the cellar-both academically and literally?
I...
View More... 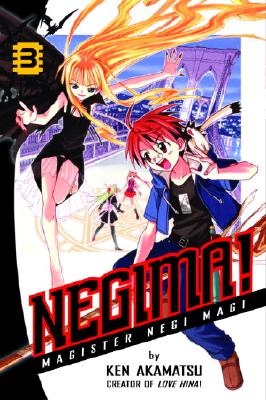 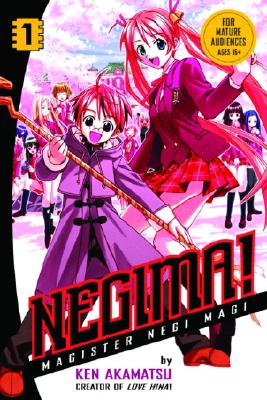 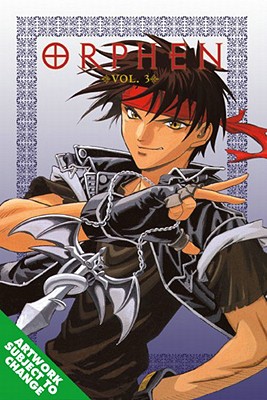 Orphen receives a nocturnal visit from a most unwelcome visitor - a ghost Ethereal entities are the least of Orhpen's worries, though, as hired assassins and ghastly snake men appear, hungry for blood. It's going to take a little help from the curvaceous Hirietta to provide some answers, but Orphen might not like what he finds when a trip to a ruined mansion brings him face-to-face with a powerful yet familiar evil...
View More... 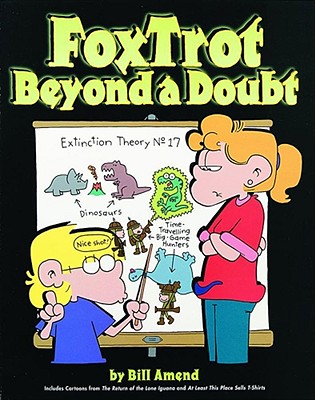 FoxTrot Beyond a Doubt (Volume 15)

"The Fox household is a nonstop, always funny, battleground; humor that hits home for anyone who's ever been part of a family." --Bookwatch There is no doubt that the Fox family is one of the favorites of the cartoon strip world. Through the five Foxes in FoxTrot Beyond a Doubt, cartoonist Bill Amend creates a comic peek into what family life is really like: trying. Between son Jason's elaborate schemes, daughter Paige's attempts at cooking, and son Peter's indoor football games, life is rarely dull for parents Andy and Roger Fox. In this treasury, which is comprised ...
View More... 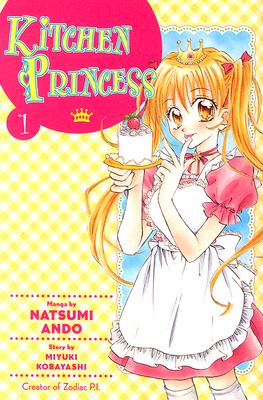 HUNGRY HEART
Najika is a great cook and likes to make meals for the people she loves. But something is missing from her life. When she was a child, she met a boy who touched her heart-and now Najika is determined to find him. The only clue she has is a silver spoon that leads her to the prestigious Seika Academy.
Attending Seika will be a challenge. Every kid at the school has a special talent, and the girls in Najika's class think she doesn't deserve to be there. But Sora and Daichi, two popular brothers who barely speak to each other, recognize Najika's cooking for what it is-magical...
View More... 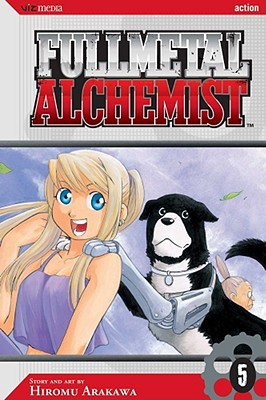 Ed, Alphonse and their mechanic Winry go south in search of Izumi Curtis, the master alchemist who taught the brothers how to use alchemy. But in the boomtown of Rush Valley, an encounter with a pickpocket turns them down a different path in search of an auto-mail blacksmith whose handiwork is the best that Winry has ever seen. Then the action flashes back to the past to show how Ed and Alphonse first learned alchemy...
View More... 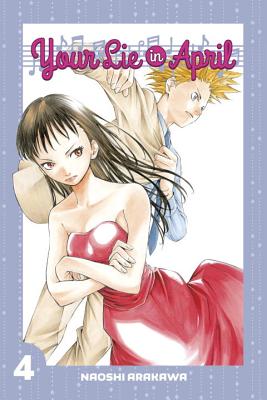 Your Lie in April 4

STACCATO
Kosei's road back to playing the piano has been rough, but he's finally beginning to regain his confidence, even though he still has trouble hearing the notes. But as his first solo competition in years closes in, Kosei will have to deal with reentering a cutthroat world, where old rivals still remember - and resent - Kosei's younger self, the precocious Human Metronome. Kaori's support is unwavering, but will it be enough to push Kosei through all the toxic memories this experience dredges up?
View More... 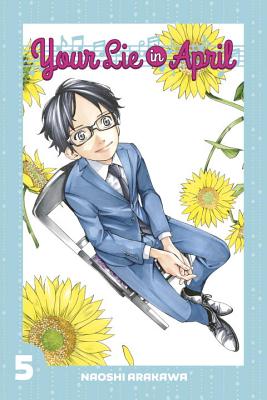 Your Lie in April 5

DROWNING IN MELODY The music competition is in full swing, with both of Kosei's old rivals - the genius Takeshi Aiza and unstable prodigy Emi Igawa - energized by his return. When it's finally Kosei's turn, he lives up to his reputation, playing precisely and flawlessly - at first. But before too long, the phantom of his mother reappears, casting him back into the dark, uncertain abyss. Can Kosei feel his way back to hearing the music again?
View More...

By: available, No information 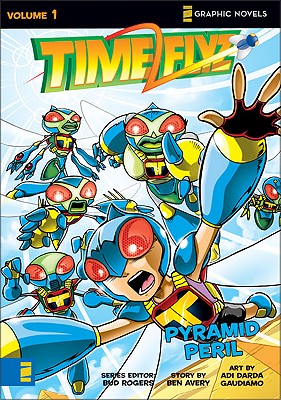 Kidnapped by Superbugs It s bad enough being abducted by cyborg insects. It s even worse being turned into one of them. Now they want Laurel to help battle an evil time-traveling super spider It s more than an ordinary girl can take. And after Laurel s captors whisk her back to ancient Egypt, she escapes from them. But when she s attacked by the monstrous Darchon, she realizes she needs the TimeFlyz as much as they seem to need her."
View More...